A Renewed Focus on the American Clean Energy Economy

Powering the Future: 30GW of Offshore Wind by 2030

The Biden administration has announced ambitious and achievable plans to decarbonize the power sector targeting net zero economy-wide greenhouse gas emissions, including 30GW of offshore wind capacity by 2030. The event began with an update on the the Biden Administration’s offshore wind policies and progress to-date.

Offshore Wind: Sparking Growth and Opportunity Across the Nation

Meeting the necessary scope and speed of a clean energy transition while sustainably meeting the challenges of the 21st Century requires mobilization across government and the private sector. New Jersey, now on a path to power 7,500MW of clean energy with offshore wind, is a case study demonstrating how industry and government can mobilize to create good-paying union jobs and ensure a just transition.

This second panel highlighted how a coalition of industry, local leadership, and advocates are building opportunities through offshore wind to ensure no American is left behind in the energy transition. 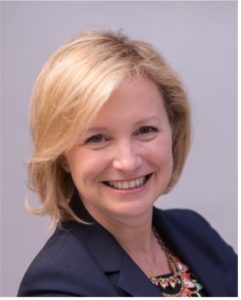 Pamela Farrell Venzke joined Ørsted NA in May 2020 as Chief Corporate Affairs Officer. In this role, Pamela is responsible for shaping Ørsted’s public strategy as the global offshore wind leader and newly-minted world’s most sustainable company.  She oversees teams managing public affairs, communications, sustainability, investor relations, government and regulatory affairs as well as union relations. She is a member of the North American Leadership team and reports directly to CEO David Hardy.  Pamela came to Ørsted from GE, where she led global government affairs and policy for GE Power. She was a member of the GE Power Executive Leadership team and served on GE’s Corporate Law & Policy Council. She began her career at GE in 2001 and served in government and external affairs positions in technology, consumer and industrial, energy and infrastructure. She has worked at the state, federal and global level and spent the last ten years with GE working primarily in emerging markets helping countries design policy regimes to promote clean energy investments, create jobs and drive economic opportunity. Prior to joining GE, Pamela served for six years on the U.S.  Senate Committee on Armed Services, where she had responsibility for the oversight of the defense science and technology portfolio and served as lead staff of the Emerging Threats & Capabilities Subcommittee. Pamela has a bachelor’s degree in Philosophy from the College of Charleston, Charleston, SC and a master’s in business administration from the American University, Washington, DC. She is based in Washington, DC, where she resides with her husband and daughter. 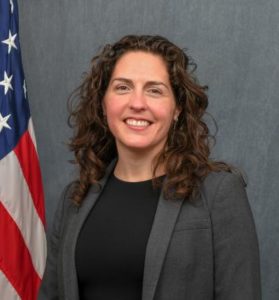 Amanda Lefton currently serves as the Director of the Bureau of Ocean Energy Management (BOEM). Prior to serving as the Director for BOEM, Amanda Lefton most recently served as the First Assistant Secretary for Energy and Environment for the Governor of New York where she led the State’s climate and environmental initiatives and managed a portfolio of twelve agencies and authorities. In this role she championed and advanced implementation of landmark nation leading climate and renewable energy strategies.  Previously, Amanda was the Deputy Policy Director for The Nature Conservancy in New York, worked in the labor movement for the Rochester Regional Joint Board of Workers United, and for the New York State Assembly. She also worked for the State Senate.

Originally from Queens, NY, Ms. Lefton grew up on Long Island, NY, and holds a Bachelor of Arts from the University at Albany. 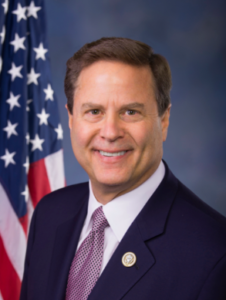 Congressman Norcross spent his career as an electrician connecting power to New Jersey businesses and industrial sites. He rose through the ranks and eventually became a business agent for the International Brotherhood of Electrical Workers Local 351, as well as President of the Southern New Jersey AFL-CIO, where he advocated on behalf of thousands of hardworking men and women for nearly 20 years. 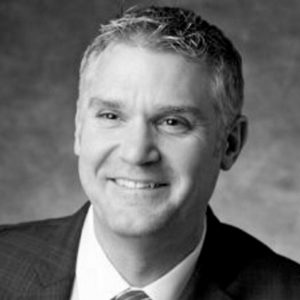 As CEO, Hardy oversees all North American offshore wind activities, including development and operations for Ørsted’s current and future portfolio of U.S. projects.

Prior to joining Ørsted, Hardy held U.S. and global senior executive roles in the wind energy industry working in leadership positions at both Senvion and Vestas. He also spent a large portion of his career at GE in commercial leadership positions, as well as roles at other high-tech industrial companies. Additionally, he served for more than eight years in the U.S. Navy submarine community. 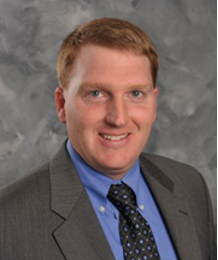 A third-generation laborer and a graduate of the University of Virginia, Brent Booker is the secretary-treasurer of NABTU. Since becoming Secretary-Treasurer, Booker has been a driving force in the strategic repositioning of NABTU, as well as conducting ongoing outreach efforts targeted to construction owners and end-users focusing on the overall value of NABTU.

Additionally, Booker has been appointed as a trustee to various industry groups in the nuclear, power generation, oil and gas, and chemical industries and serves as an officer for the Center for Military Recruitment, Assessment and Veterans’ Employment (CMRAVE) and CPWR-The Center for Construction Research and Training. Before assuming the position of secretary-treasurer of NABTU in 2012, Booker served as director of the Construction Department at the Laborers’ International Union of North America (LIUNA), a position held since 2007. He has served as the labor section co-chair and president of the National Maintenance Agreement Policy Committee, Inc (NMAPC). 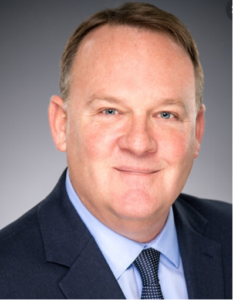 Lee Laurendeau currently serves as the CEO of American Offshore Structures at EEW Group. For the past two years, Laurendeau has been working as CEO to build the new offshore wind industry in the US. Prior to EEW, Laurendeau served as Director of Operations at Holtec International, where he was responsible for the design, construction and fit out of Holtec’s new technology center recently constructed in Camden, NJ. He also served as the Director Business Development – Renewable Energy and Battery Storage at Johnson Controls, where he developed multi-million dollar energy projects with the military, government, colleges, hospitals throughout the Northeast. In addition to his work with Johnson Controls, he was also the Founder and CEO of PV Design Associates which was acquired by Johnson Controls in 2011. Laurnedeau received his Bachelor’s in Mechanical Engineering from Rochester Institute of Technology and his Master’s in Engineering Management from NJIT. He is a graduate of GE’s Manufacturing Management Program and received a Six Sigma Black Belt certification from Villanova University. 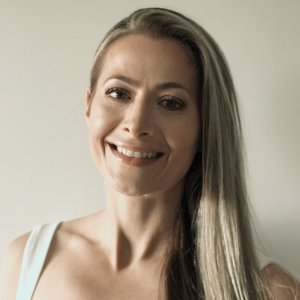 Allison Ziogas is Ørsted’s U.S. labor relations manager, responsible for building relationships with trade union representatives at the state and national levels and negotiating agreements, as well as disseminating information throughout the company, and with vendors, to ensure Ørsted’s labor policies are adhered to in all procurement, construction and operational activities. Ziogas comes to Ørsted from an International Brotherhood of Electrical Workers minority-certified, full-service contractor where she served as an electrical foreman in the Bronx, N.Y. She worked as a union organizer for the Teamsters and has vast experience working on labor relations matters, including serving on the NYC Central Labor Council Planning Committee and as a delegate to the IBEW Women’s Conference.