In honor of the Official Visit of His Royal Highness the Crown Prince of Norway to New York, Dynamo Energy Hub, in collaboration with the New York Stock Exchange and The Norwegian Consulate General in New York, hosted an event on Financing the Green Transition.

This event couldn’t have been held at a more important time — as the effects of climate change pose an increasing threat to human activity across the globe, financial systems are increasingly faced with new risks. Simultaneously, these very same financial systems are also beginning to herald changes in the climate fight by implementing ESG principles in their investing. There was no better place to hold this exclusive event than the New York Stock Exchange, as it’s the center of where the financial decisions shaping the future of clean energy are made.

The event began with remarks by Norwegian Minister of Trade and Industry, Jan Christian Vestre, who cited actions that companies, governments, and individual citizens are already taking to enact a greener future. Vestre reminded everyone of our collective responsibility to the climate, as there’s still more work to be done.

Doreen Harris, President and CEO at NYSERDA, provided keynote remarks and set the stage for the panel by emphasizing how crucial capital is to accelerate the green energy transition. Harris pointed to New York as an example of the societal and economic benefits, such as creating thousands of good-paying jobs, that can occur after heavy investments are made in the energy transition. Harris also highlighted the positive outcomes that can occur when various sectors collaborate, serving as a tremendous reminder of the multifaceted impact that the financial sector can have on the transition.

The event then transitioned to a panel discussion which featured speakers from several listed Norwegian and American companies. Our expert panelists each represented sectors that are central to the energy transition–from data to real estate to investment.

Panel moderator Anne Riley Moffat, Senior Editor for Energy and Commodities at Bloomberg News, began the discussion by posing a question that defined the rest of the conversation.

“Broadly, what do you see as the role of the finance industry in the green energy future? And what do they need to do to make that future happen?”— Anne Riley Moffat, Senior Editor for Energy and Commodities at Bloomberg News

Idar Kreutzer, Chief Executive Officer of Finance Norway, responded by analyzing the challenges that the green transition presents to the financial sector, such as incorporating new risks as fossil fuels are phased out and replaced by cleaner energy options. A successful green transition requires the financial sector to overcome these hurdles and adopt ESG principles; but the speed at which financial firms are incorporating sustainable practices varies widely.

Given our panel comprised participants from both sides of the Atlantic, the comparison between the differences of institutional investors in the United States versus Europe naturally arose. Casey Clark, Managing Director and Deputy Chief Investment Officer and Global Head of ESG Investments at Rockefeller Asset Management, commented how while Europe is ahead of the US in regards to integrating ESG principles into energy decisions, the U.S. is making exponential progress.

“Europe is magnitudes ahead of the United States when it comes to sustainable investing. Approximately 80% of all sustainable assets under management are coming from Europe, according to Morningstar.”— Casey Clark, Managing Director and Deputy Chief Investment Officer and Global Head of ESG Investments at Rockefeller Asset Management

Clark emphasized how sustainability and governance was rarely, if ever, considered when discussing investments, but now has become a top three pillar; the U.S. will be able to catch up to Europe’s progress so long as there is climate minded investing environment, more companies incorporate ESG principles, and the American market remains nimble.

Francois Laborie, President of Cognite North America, concurred with Clark by stating how even in the last two years, American investors have started to catch up to Europeans in terms of climate-minded investment. Laborie painted an optimistic vision about America’s future due to American investors’ ability to pivot — and pivot hard.

Sara Neff, Head of ESG for Lendlease Americas, touched on the decarbonizing leaps and bounds occurring in the real estate industry. Neff specifically highlighted how the use of sustainability-linked loans, smart buildings, and new technology is fueling this revolution. Moffat then inquired about the risk of greenwashing in real estate, to which Neff responded by stressing the importance of data.

Data then became a recurring theme and central focus in the discussion, which is unsurprising as it bridges many areas of the energy sector together. Kreutzer furthered Neff’s point by noting how it’s not just data that is needed to prevent greenwashing, but reliable, dependable, and transferrable data.

“To avoid greenwashing, we need information in the market that’s comparable across businesses and consistent over time.” — Idar Kreutzer, Chief Executive Officer of Finance Norway

Kruetzer indicated how data can be utilized as a powerful tool to counteract greenwashing across multiple industries, such as both financial and real estate.

Data is also of crucial importance to Tom Einar Jensen, CEO of FREYR Battery. Partnering batteries with strong data will be a foundational technology to the green energy transition, as this combination will allow renewable energy to be stored and deployed at key moments of demand, resulting in a transition off current fossil-based fuels. Jensen summarized the role of batteries in the energy transition best when he stated:

“Globally, roughly 20% of the energy systems are renewable, and in 20 years’ time, 80% of those systems need to be renewable. That will be impossible without batteries.” — Tom Einar Jensen, CEO of FREYR Battery.

Multiple speakers referenced Biden’s two trillion dollar Build Back Better plan as an opportunity to push the transition further. Neff explained how the government’s investment in interconnection and renewables supports new housing and developments, which presents an appealing opportunity for real estate.

Jensen and Neff’s points underscore how the federal government is helping enact some of the necessary transition changes by supporting the grid–which will be crucial in a decarbonized future.

Remaining on the multifaceted topic of policy’s role in the energy transition, Moffat conducted a lightning round question with panelists and asked what the number one thing the federal government can do to best support the transition.

Panelists fired off an array of answers; Neff called for the incentivization of low carbon building materials, Jensen called for a carbon tax, and Clark looked towards the regulation of food and agriculture. As demonstrated by speakers’ differing responses to this question, it’s clear that there isn’t a silver policy bullet for the transition — but maybe there can be a silver policy buckshot, as all of the policies noted will do a lot of good for distinct components of the energy transition.

The panel concluded by panelists highlighting the need for real action, especially as the industry has a lot of work ahead of it. Neff noted how the conversation must shift from goal setting to implementation. Jensen summarized the core theme of the panel discussion wonderfully when he said:

“It’s not about technology, it’s not about finance, it’s about getting it done.” — Tom Einar Jensen, CEO of FREYR Battery

Jensen’s remark perfectly embodied the panel discussion and event, as it captures how a successful, lasting energy transition will take all parts of the sector working both together and efficiently to quickly shift from planning to deployment.

Throughout the entire panel discussion, His Royal Highness sat in the front row and followed the conversation with great interest as Norway has an outsized impact on the world’s stage to tackle climate change. That’s why it was so special to connect with His Royal Highness, the New York Consulate of Norway, and other Norwegian companies like Freyr Battery, Equinor, and Norges at the event.

A successful energy transition will require the buy-in of billions of people, cooperation between thousands of firms, and collaboration within the energy sector. While that may sound daunting, here at Dynamo, we see organizations work together every day to break down barriers to shape the future of energy. The importance of a strong network was fresh in everyone’s mind as we broke from the panel to connect and mingle at the reception in the NYSE’s iconic space.

Dynamo looks forward to hosting more marquee events like this as we continue to grow our community; Dynamo launched its first hub in NYC in 2019, and by the end of 2022 we will have 10 hubs all around the world. We are delighted to be facilitating the global energy transition through our globally connected community. 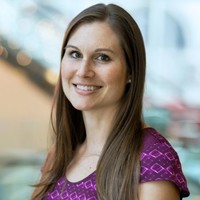 Anne Riley Moffat is senior editor on the energy and commodities team at Bloomberg News in New York. Her areas of focus span the global supply chain, from the challenges of the green-energy transition to worsening food inflation and insecurity. Prior to joining the commodities team, Anne managed and edited for Bloomberg News’s global business team, with a focus on consumer goods, retail and automotive. Before joining Bloomberg in 2013, Anne was managing editor of American Metal Market, a daily trade publication providing industry news and pricing for the U.S. steel, nonferrous and scrap metal markets. She has an undergraduate degree in sociology and Spanish from Bowdoin College. 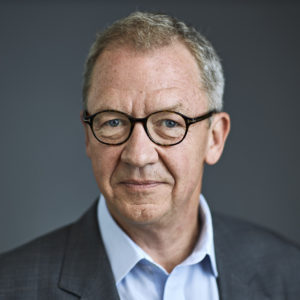 Idar Kreutzer is CEO of Finance Norway. From 2000 to 2012 he was CEO of Storebrand. Kreutzer was a member of the World Business Council for Sustainable Development (WBCSD) and Co-Chaired their Vision 2050. He holds several key board positions. In 2013 Kreutzer was appointed member of the Strategy Council for the Norwegian Government Pension Fund Global. In 2015 he was appointed co-chair of The Norwegian Commission for Green Competitiveness by the Prime Minister of Norway. In 2017 he was appointed by the Nordic Council of Ministers to evaluate the access to risk capital for companies in the Nordic region. Kreutzer holds a MSc degree in Economics and Business Administration from the NHH Norwegian School of Economics. Kreutzer is Fellow of Digital Innovation for Growth at NHH. 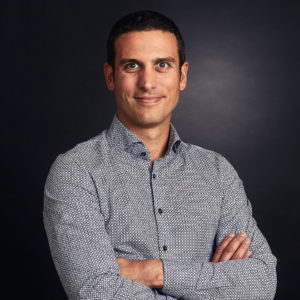 Dr. Francois Laborie is the President of Cognite North America, overseeing Cognite’s expansion and operations in the US and Canada. He has had an extensive career in the technology industry, serving in both research and executive roles. Francois has been at the heart of the transformation of the media industry through technology. He spent 11 years as COO and CCO of Vizrt, where he focused on disrupting journalism by empowering media content creators with visual storytelling tools. Before that, Francois managed research projects on collective decision-making and human-computer interfaces at the Airbus Group Corporate Research Center. Francois has master’s degrees in computer science and engineering from the National Institute of Applied Sciences and a Ph.D. from the Toulouse Computer Science Research Institute. 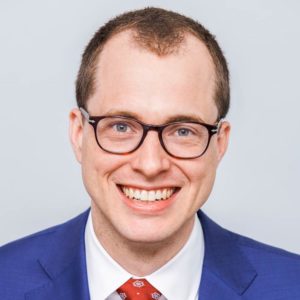 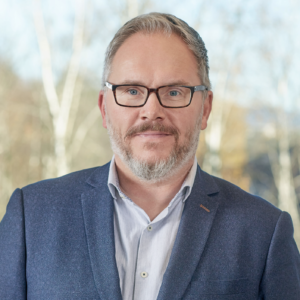 Tom is a Co-Founder and Partner at EDGE, a global advisory, investment, and project development firm aiming to catalyze responsible solutions in the sustainability space. Tom has served in management roles at SYSTEMIQ, Joule Unlimited, and Agrinos. His experience also includes several management positions at Norsk Hydro, working within the areas of finance, strategy, and business development. 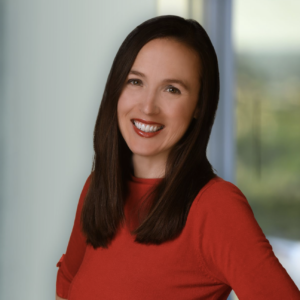 Sara Neff is the Head of ESG, Lendlease Americas, where she provides leadership and management oversight in developing, implementing and driving Lendlease’s corporate sustainability framework in the Americas region. Prior to that role, she served as Senior Vice President, Sustainability at Kilroy Realty Corporation. Under her leadership, Kilroy has been recognized as a leader among publicly traded real estate companies on sustainability in the Americas by GRESB for seven of the last eight years as well as being recognized by NAREIT, and achieved carbon neutral operations at the end of 2020.

The event was followed by a formal reception with remarks from Brian Matt, Head of ESG, NYSE and Meade Harris, CEO and Co-Founder of Dynamo Energy Hub. 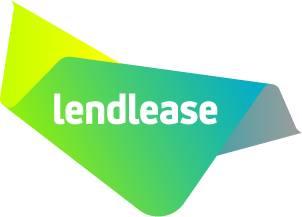 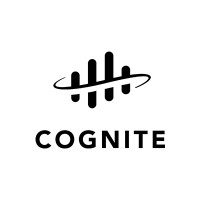