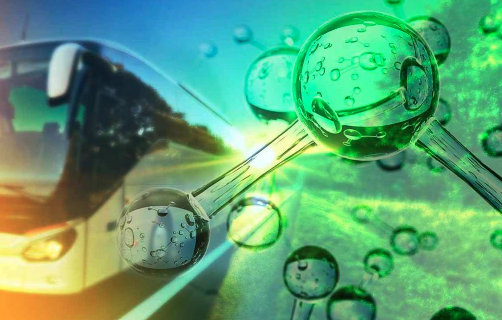 As governmental agencies, the private sector, and public interests push towards decarbonization goals a lot of attention has been given to hydrogen as a clean energy—and rightfully so, as hydrogen and ammonia have the potential to play key roles as carriers and stores of low-carbon energy. What are the opportunities and challenges facing the development of low-carbon hydrogen and ammonia projects? What is the current private and public sector hydrogen landscape? And why is investment in this sector taking off now?

In collaboration with Baker Botts, Dynamo Energy Hub hosted a thought leadership event to answer these timely questions and discuss the viability of hydrogen as a clean energy fuel as well as its role in the energy transition.

Despite the benefits of a hydrogen being well-known for a while, Jeremy Harrell, Chief Strategy Officer at ClearPath and Future Fuels event moderator, explained that the main reason is the sudden influx of public investment. Last year’s Bipartisan Infrastructure Bill allocated $16 billion to the Department of Energy to catalyze and deploy technologies necessary to drive down emissions across sectors of the global economy, in addition to $9.5 billion for hydrogen-based work, over $8 billion for carbon capture, sequestration, and use (CCSU), and $8 billion to build pilot hydrogen hubs.  This funding is critical given most hydrogen fuel currently produced is not net-zero, but with investment, it could be a zero-carbon storable and transportable fuel.  Low carbon hydrogen will be crucial to supporting the decarbonization of hard to abate and tough-to-decarbonize sectors such as long-haul trucking and industrial processes.

“Good policy creates market confidence. The $9.5 billion for hydrogen technologies in the Bipartisan Infrastructure Act is a confidence booster to the private sector.  But even though there’s a lot of momentum around hydrogen, we still need a clear market signal. A clean hydrogen production tax credit would go a long way in getting early movers off the ground.” — Natalie Houghtalen, Policy Analyst at ClearPath

In addition to the increased public investment, hydrogen is also being embraced by the public and private sector due to a push towards American energy independence, financial markets prioritizing ESG investments, and a general increase in climate awareness.

However, there are a few hurdles hydrogen must overcome before the market integrates it as an everyday fuel. One obstacle centers around private sector financing of new hydrogen projects. While government investment in hydrogen fuel is a crucial step in its development, the private sector must also meet this call. Financing projects on an untested energy type can be risky and incredibly expensive — but panelist Frank Schoen, Partner at Baker Botts, sees debt financing as a clear solution to the tentativeness of private investment in hydrogen.

“The addressable market for hydrogen is huge. When you think about the aggregate capex that’s required to develop and build the projects and technologies to serve that demand, there’s a clear and necessary role for debt finance. However, since debt finance tends to be risk adverse, government support, like the DOE loan guarantee program, is a great way to bring lenders to the table and to get them comfortable with new technologies.” – Frank Schoen, Partner at Baker Botts

Loan programs and tax credits could usher in private investment to the sphere, thereby helping to scale hydrogen fuel at a similar pace wind and solar energy scaled at in the early aughts. One of the potential key drivers of debt financing is the demand side of this market. By sending strong demand signals for hydrogen fuel, the consumer encourages debt financing deals to emerge. The hydrogen production tax credit in the Build Back Better Bill would also help finance these projects, but it is unclear whether that will come to pass.

Another challenge associated with the expansion of hydrogen fuel is the technical challenge of simultaneously scaling both sides of the hydrogen market: production and delivery to end-users. Simply put, it’s a classic supply and demand problem: producers will only produce as much hydrogen as there is demand, and end-users will only demand as much hydrogen as there is available. And this dilemma is exacerbated by the fact that hydrogen fuel is notoriously challenging to store and transport — meaning that even if a producer were to produce enough hydrogen to meet the demand for end-users, if the two are geographically too far apart then transporting the fuel becomes another barrier to hurdle.  However, these problems may be solved by hydrogen ‘hubs’ — geographic regions where hydrogen is produced, stored, and consumed.

These regional hubs will solve the problem previously outlined by coordinating the simultaneous scaling of production and consumption through connecting potential end-users to producers, which will then generate a more local hydrogen fuel market. This solution will soon be tested, as the DOE has committed to building four hubs in the next 18 months as a pilot program for broader expansion. Places like Texas, Appalachia, and the Gulf Coast have been cited as good options for these pilot programs; but as Tom Holmberg, Partner at Baker Botts, noted it will take groundwork on the end of the developers to get local communities on their side.

“Moving forward, project developers will need to be very mindful about the siting of projects; they’ll have to engage with local communities to communicate what the purposes of the projects are and work to gain community buy-in.”  — Tom Holmberg, Partner at Baker Botts

Fortunately, both the short-term and long-term jobs that hydrogen fuel hubs would bring to these regions are a strong selling point. Jeremy closed the panel discussion by perfectly summarizing the key topics of the event:

Overall, the combined effect of recent public investment, the encouragement of private finance, and potential solutions to the main problems facing hydrogen fuels means that hydrogen is likely to become an increasingly important feature in the energy transition. Those of us at Dynamo Energy Hub look forward to seeing a few entirely different ‘hubs’ in the near future and are excited to see how hydrogen helps drive the renewable energy transition. You can watch the full event recording here.