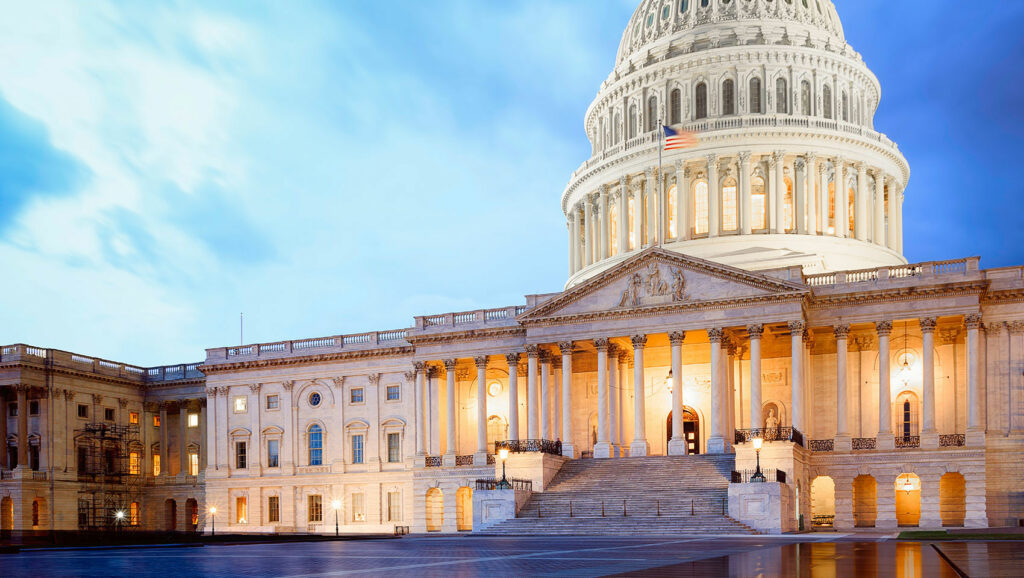 The Roarin’ 20s: A Clear Path for Clean Energy Innovation

Dynamo Energy Hub’s virtual event, The Roarin’ 20’s: A Clear Path for Clean Energy Innovation, focused on the legislation of the past couple years, and the expected change with the upcoming 2022 midterm elections.

Harrell began by discussing four key bills that are shaping what is next in the clean energy and climate space: The Energy Act, The Infrastructure and Jobs Act, The CHIPS Act, and The Democratic Reconciliation Bill. The Energy Act realigns the Department of Energy’s focus on clean energy, energy efficiency, and climate tech issues. The Infrastructure and Jobs Act has catalyzed the change highlighted in The Energy Act with 62 billion dollars in funding, with specific focuses on advancing nuclear and geothermal energies as well as creating hydrogen hubs and carbon dioxide removal hubs. The CHIPS Act focuses on U.S. industrial policies and supply chains, as well as strengthening the partnership between public and private sectors. With a third of a trillion dollars in tax incentives, The Democratic Reconciliation Bill motivates consumers to invest in clean energy, and aims to facilitate nuclear production, and reduce industrial facility emissions. He explained that the significance of each of these bills independently is important, but mainly as a means to understand the general progress of clean energy and climate initiative which Harrell encourages one to approach with a more wholistic view.

“We’re living in a different world,” Harrell said, pointing to the doubling of the Department ofEnergy’s budget over the next five years. Figuring out the most impactful way in which to spend this budget will be a new challenge for the DOE, but there is no doubt that impact of this increased budget will be positive. It is through productive policies, that the cleantech market will increase, Harrell said, they include innovate and demonstrate, streamline regulations, deploy domestically, and export new energy markets. These policies, which include hydrogen production, nuclear energy, and energy storage, are pushing energy technology along the path to commercialization. Harrell said that the emergence of hydrogen production policies is perhaps one of the most interest as “no one was talking about it five years ago,” though it will be a huge factor in global decarbonization. Now, the DOE is focusing on hydrogen hubs and investment tax credits.

Kyle Hayes followed Harrell, and continued the discussion on energy transition projects. Hayes explains that the Inflation Reduction Act is a “landmark moment” in clean energy. The biggest advancements of IRA are smaller base tax credit rates for ITC/PTC, new technologies eligible for ITC/PTC, and the ability to monetize tax credits. The credit rates are reliant on prevailing wage requirements, and apprenticeship requirements (contractors, alterations, and repairs), and the domestic sourcing of equipment and fac

tories. The new technologies eligible for ITC/PTC focus on clean hydrogen, biogas (which Hayes believes is an emerging source), and EVs (for batteries and battery components). Hayes emphasized that in most cases, credit staking is permitted, and ITC and PTC can be paired, making these initiatives even more financeable. Tax credits can be monetized through direct pay, and transferability; however, without the IRS’ guidance, the ability to monetize depreciation is not yet clear.

The fears of IRS recapture, specifically pertaining to the transferability aspect, raise the question of who owns recapture risk, and who will it fall on. The upshot of the act is diversified manufacturing, specifically of solar panels (which at the moment is dominated by one company), renewable fuels, renewable natural gas, and feedstock.

With the outcomes of the 2022 midterm election potentially changing the political and regulatory landscape, we are reminded of the importance of relying on networks like Dynamo, that have organizations like Clearpath and Baker Botts who can provide reliable information. Harrell also reminds us that though republicans are highly likely to take the house, there will continue to be advancements in clean energy policies and projects, with leadership from the Department of Energy and the Inflation Reduction Act. The “fun times,” as Hayes put it, in the energy industry are only beginning.

We’re grateful for the insights of these two speakers and moderator Kristin Barbato, Co-Founder & President at Dynamo Energy Hub on the path forward with US energy policy. We encourage you to watch the replay here.