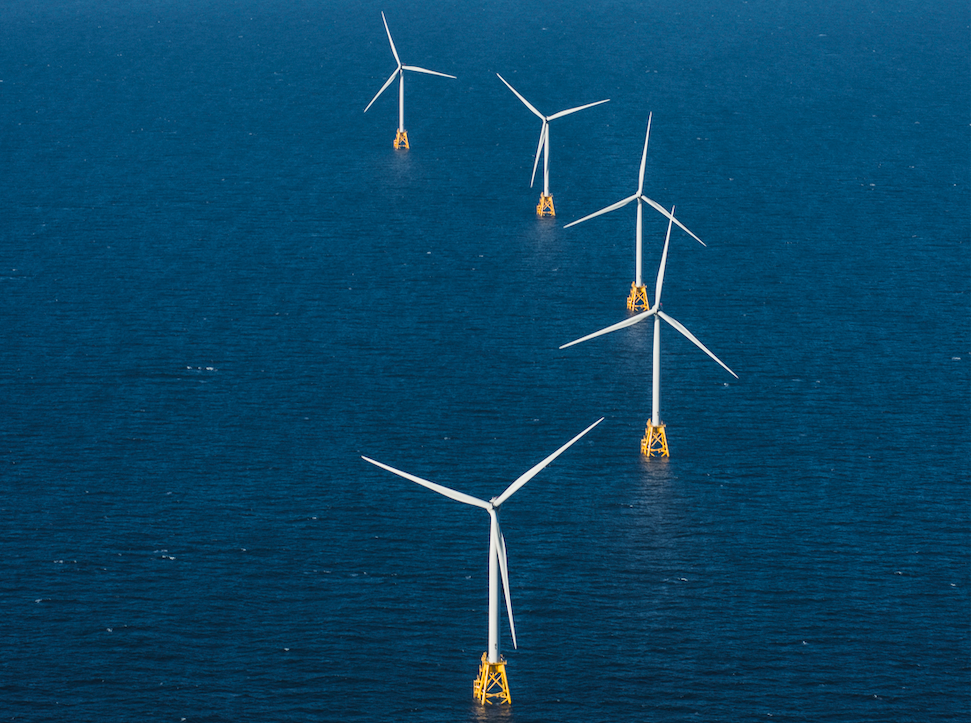 The Year of Offshore Wind: Interview with Ørsted

We recently spoke with Dynamo’s newest member Ørsted to learn more about who they work with, the benefits of growing the offshore wind industry to the US economy, key trends the company is watching, and what frontiers they are tackling in 2021. Dynamo Community Director Natalia Sharova interviewed Pamela Venzke, Chief Corporate Affairs Officer, Ørsted Offshore NA.

Could you tell us a little bit about Ørsted — what does someone who has never heard of the company in the US need to know about it?

At Ørsted we like to define ourselves by our vision: we believe in building a world that runs entirely on green energy. To help the world achieve this goal Ørsted develops, constructs, and operates offshore and onshore wind farms, solar farms, energy storage facilities, and bioenergy plants.

Ørsted has its origin in the Danish state-owned company Dansk Naturgas A/S. The company was founded in 1972 to manage gas and oil resources in the North Sea and grew to be the largest energy company in Denmark. With a portfolio of primarily oil, gas, and coal, the company ventured into the renewables sector in 1991 building the world’s first wind farm. Over the course of the 2000s, the company increased its share of renewables and in 2017, the company announced it would completely divest of its fossil-based assets to focus exclusively on renewable energy. With this transformation, we are the world’s leading offshore wind developer. Since 2006, we have reduced carbon emissions by 87% and are on track to become carbon-neutral in energy generation and operations by 2025.

Our strategic transformation has been driven by a strong view that we need to transform global energy production from fossil fuels to renewables. Society must limit the global temperature rise to 1.5°C above pre-industrial levels to avoid uncontrolled climate impacts, which threaten conditions for life on Earth for current and future generations.

Our transformation from fossil fuels to green energy has also driven the financial turnaround of our company. Red bottom line figures from a few years ago have been turned into solid earnings.

What are some of your key renewable energy projects in the US?

We have an exciting portfolio of offshore wind projects we are developing right now. We have five projects under development, which will ultimately provide over 2,900 MW of offshore wind energy to homes and businesses on the east coast. These projects include:

· South Fork Wind which will send power to New York

· Sunrise Wind which will send power to New York

· Revolution Wind which will send power to Rhode Island and Connecticut

· Ocean Wind which will send power to New Jersey

· Skipjack Wind Farm which will send power to Maryland

In addition to the projects we have under development, we own and operate the U.S.’s first offshore wind farm: the Block Island Wind Farm in Rhode Island. Furthermore, in 2020 we finished constructing a two turbine pilot project off the coast of Virginia for Dominion Energy.

Who do you work with? Who are your typical customers in the US?

We are different from other energy projects in that the government is really the customer and the state governments are actually the entities soliciting the bids. That is interesting for me as a Corporate Affairs Officer because the politics and the community stakeholders are really important. When we bid into wind RFPs, we’re really selling more than just clean technologies. Governors are really using this to drive investments in their states. So what you’ve seen with the most recent bids like Rhode Island, New York, and New Jersey is that there is a really high focus on local content and jobs. When we put together a bid package, that’s what it includes. Every bidder is trying to attract industry investments as well as local jobs. Union jobs are really important in this as well because there are years of construction work associated with offshore wind projects, so we are having a significant positive impact on the host communities who are inviting this wind farm into their town. There are a number of things that we do to engage locally and at the state level to make sure we’re delivering benefits back to the community and the state in terms of economic development, jobs, and of course, clean air.

What are the benefits of the growing offshore wind industry for the US?

We currently have three projects moving through the federal permitting process that has been stalled for several years.

The movement in the permitting process will unlock $500 million in investments in the United States that are in port and harbor, construction, and manufacturing. These are real jobs, union jobs, and there is a supply chain that gets pulled in across 10 states.

When you think about what offshore wind means in this particular political environment, it is more than meeting the climate commitments, but it’s also helping the country in investments and job creation at the time that the country needs it the most.

In a new industry like offshore wind, it gives us a great opportunity to build in equity from the beginning. Part of that is union jobs and helping the communities that need it the most. A lot of the communities we are talking about here are also the communities that were hit the hardest during COVID-19. As we’ve been looking at our investments in the United States, we are looking beyond the coastline and how we can help with communities that frankly have been bearing an unfair share of the burden of pollution.

I saw recent rankings where Ørsted was listed as the most sustainable energy company in the world. How did the company achieve this and what lessons could you share with other companies transitioning toward 100% clean energy?

Our ranking is highly influenced by the share of company revenue earned from renewable energy. At the same time, carbon and water productivity increased as the company reduced absolute carbon emissions by 47% and reduced water withdrawals by 16%. We also outperformed the energy sector on the metric of ‘clean CAPEX’ as the company invests exclusively in green energy. Additionally, we performed well on indicators such as rate of taxes paid, board gender diversity, and paid sick leave for employees.

The main lesson we want other companies to learn from Ørsted is that you do not have to choose between green energy and profits. Ørsted’s current financial health is a direct result of pivoting our business model from traditional fossil fuels to green energy sources.

What are other clean energy sources or technologies you’re developing right now or will in the near future?

In the U.S., in addition to developing a portfolio of offshore wind projects, we have also invested in onshore wind. In 2018, Ørsted acquired Lincoln Clean Energy, an onshore wind farm owner and operator. We currently operate 1.6GW of onshore wind assets in the U.S. and have 100MW under construction across the states of Texas, Nebraska, and South Dakota. By 2022, we aim to have 2.5GW of onshore wind, solar, and storage capacity across the country.

One technology outside of direct energy generation we are keen on investing in is renewable hydrogen.

This past January we launched our first H2RES renewable hydrogen demonstration project at Avedøre Holme in Copenhagen, Denmark. H2RES will be Ørsted’s first renewable hydrogen project in operation and marks a new era in Ørsted’s green journey, where the power of offshore wind will be harnessed to decarbonize society beyond direct electrification, offering a path towards zero emissions for otherwise hard to abate sectors.

Over the past 18 months, we have partnered with different consortia in seven renewable hydrogen projects in Denmark, Germany, the Netherlands, and the United Kingdom. We are in discussions with the U.S. Department of Energy about our renewable hydrogen experience in other markets and looking to understand what opportunities there might be for the technology domestically.

What are you excited about the most this year for your company? Are there any new frontiers you’re tackling this year?

2021 is absolutely the year of offshore wind. This is when the industry is really going to launch. We have a number of companies now that are active in the space and we have an administration that is very supportive of offshore wind. You may have noted that Biden’s first 100 days executive order on climate spoke specifically about offshore wind. There were no other technologies that were identified by name and I think that is just a recognition that this industry has been waiting for over the past four years as the previous administration worked through a supplemental environmental review for one of the projects. That review is now done and it happened to coincide with the end of the administration. The Biden administration has brought in some real talent that understands the industry that was framing this opportunity at the end of the Obama Administration, so it’s exciting to have the right players in place, right policymakers in place, and a real commitment overall to clean energy. This year is when we really start to see projects moving not only for Orsted, who has 6 projects in development, but also for our competitors like Vineyard Wind, Mayflower, and Shell.

Aside from your day-to-day work, what are some of the key trends in the energy and climate space that you are currently watching?

The key trend I’m watching is the overall policy movement as it is related to the politics of climate change. Whether you actually believe in and adhere to the science of climate, we’re starting to see legislators that really dig into the issue and maybe it is not due to the traditional talking points but it’s more about resiliency and safety concerns. What we are seeing in Texas right now is the result of extreme weather and the politicians that I talk to, no matter what part of the country they’re from or what letter is behind their name, are very concerned about floods, hurricanes, tornadoes, and the fires in California. I think that there is a real sense that regardless of how it’s happening, this extreme weather is here and we got to build a strong, resilient grid to keep families safe.